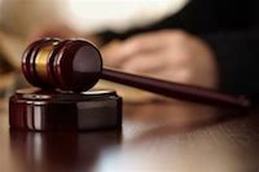 ​Many tourists and locals of Tampa are arrested for possession of a controlled substance, colloquially called drug possession.  As a result, they face stiff fines and potentially long prison sentences if found guilty on the charges.  To adequately prepare to defend yourself from these serious charges, it is paramount to get out of jail quickly.   Therefore, it is critical you understand some key aspects of drug possession in the state of Florida.
​

Possession of a controlled substance is normally charged as a felony in Florida, the defendant can usually expect a high bail bond amount, often $10k or more.   With that said, the precise amount will be determined during the court hearing to set bail where the judge will assess the defendant's past criminal history, the types of substance(s) involved, and other details of the case.  In Florida, there are 3 kinds of possession:
If you are not a Florida resident, you can expect the bail to be set higher to minimize the risk of you leaving the state.
​

​After you are arrested and booked into a local detention facility, you will be eligible for release via a bail bond.  The reduce the amount of time you spend in jail, contact a local bail bond company in Tampa as soon as you are arrested.  It may only take 30 minutes to arrange for a bail bond, and one of our mobile bail bondsman can rapidly come to your assistance.

A charge a one-time fee of fifteen percent (15%) for the bail amount that is required to secure the bond.  However, most bail bond companies will help you by offering a variety of payment plans, different forms of payment, and accepting a variety of types of collateral.
​

The Importance of Possession of a Controlled Substance (PCS) Bail Bonds

With PCS cases, the bail bonds are of critical importance because a felony charged has been levied.  Without getting out of jail quickly, you may be arraigned in a few days instead of months.  Consequently, it will be much more difficult to enlist an experienced and skilled criminal defense lawyer to aid in your defense.  If found guilty, the fines and sentences could be:
PSC bail bonds are typically the only reasonable way to get you out of jail quickly.  It is also often the best way too.  Consider if you pay via a cash bond (using 100% of your own money), if you are late for a court hearing there is a change you might have to forfeits the entirety of your money.  This is not the case with a surety bond, although it is up to the judge's discretion.  The most significant benefit of a PCS bond is that you get out of jail fast with only a fraction (15%) of the bond's dollar requirement.  And, as we have pointed out, bail bonds for PCS are inflated to discourage flight.

Call Trinity Bail Bonds Tampa 24x7x365 at 813-328-2680 to discuss your situation with one of our licensed bail bondsmen.  They will walk your through the process of getting you out of jail on a PCS bond.