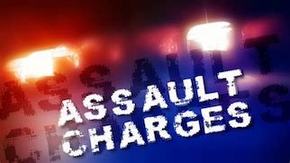 It is an unpleasant experience to be arrested.  And, being arrested for assault is especially difficult as you will likely be looking at some serious fines and potential jail/prison time.  It is important if you have a loved one or friend who has been arrested for assault, you will want to enlist the services of a professional bail bond company in Tampa that specializes in assault bail bonds.   In most Florida countries, if you are arrested for any kind of battery or assault, the bail bond will likely be documented to included specific stipulations placed by the judge.  At Trinity Bail Bonds, we know how to deal with these circumstances and can step you through the bail bond process.  Call today whenever you need assault bond help - we have bondsmen standing by 24 hours a day, year around.  ​

What are Assault Bail Bonds?

Assault bonds different from traditional bail bonds in that they are written for defendants who have been charged with assault and battery offense.  In Florida, most assault bail bonds are set from a pre-determined bail schedule.   This schedule is documented by a local judge in an attempt to minimize the backlog of court cases awaiting arraignment proceedings.   This is great news for someone that has been arrested for assault because they can usually be bailed out of jail within hours due to the streamlining of the bail bond schedule.  However, if the charge involves unusual circumstances or there was significant bodily damage, the defendant will likely be held until an arraignment hearing before a judge.
​

What Are Typical Stipulations for an Assault Bail Bond?

Due to the nature of the offense, assault bonds usually come with specific stipulations, which offer protection of the victim.  Therefore, one of the most significant aspects of an assault bond is the Personal Protection Order.  This order documents the list of stipulations the defendant must obey.  If they violate the PPO, their bond will be revoked and they will likely be re-arrested and placed in jail.

Usually, the PPO is used in combination with a No Contact Order, which stipulated that the defendant remain a certain distance away from the victim.  Depending on the nature of the assault, the distance can span from one hundred feet to several hundred yards.  An NCO requires the defendant from making contact with or even coming into close proximity to the victim, including text, email, and telephone.  If a minor is involved in the case, all communication must occur through the bail bond company or child services.
​

You Need to Hire A Bail Bonds Service That Specializes in Assault Bail Bonds!

It is paramount that someone charged with assault enlists the services of a bail bond company that is experienced in assault bail bonds.   A good bail bondsman can explain the stipulations and boundaries the defendant must observe in order to be in compliance with the bond.  Without expert counsel and advice, the defendant risks going back to jail, even when making an inadvertent mistake.  This is especially critical when minor children are involved as an experienced bail bonds agent can assist a family in minimizing the stress to the children during this difficult time.

When you need a professional, reputable bail bond company in Tampa, FL, call Trinity Bail Bonds today.  We are open 24 hours a day, seven days a week all year.  Call us at 813-328-2680 .  Our bail bondsmen are always on call: nights, weekends, and holidays.  We know that an assault charge is serious; and, you need our experience to get your out of jail fast and ensure you stay out of jail while out on bail.  Therefore, don't employ just any local bail bonds service.  You need to hire a bail bond company who knows the complex judicial system of assault and will painstakingly work to get you out of jail ASAP!