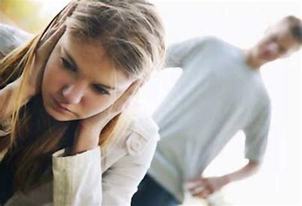 Domestic disputes are not limited to the lower class of our country Anyone can be a defendant or a victim.  Violence at home is not bound by social class, financial standing, religion, race, or even gender.  If you find yourself either a defendant or a victim of domestic violence, you can read more about the criminal justice system's response to this crime on our website or call our office for more information.

Most people don't understand the legal system's bail bonds process when it comes to any crime, let alone domestic ones.   However, both domestic disputes as well as all other crimes bail bonds work in similar ways.  The only real difference is that in a domestic situation the bail bond may include a restraining order and/or some additional limitations for the accused.  It is important to understand how these limitations and/or a restraining order will impact your day-to-day life

Our bondman at Trinity Bail Bonds can aid you in understanding what is expected of your so the bond is not revoked.  We are here to consul you as to what is allowed and not allowed under the terms of your domestic violence bail bond.  We know this can be a very difficult time for the defendant as well as the entire family so we are here throughout the year to help you through this stressful time.

What is a Domestic Violence Bail Bond?

A bail bond for domestic violence is not unlike most other types of bond in that they are utilized to free you from jail after arrest and during the court proceedings of the case.   Also, all major stipulations will still apply, such as not being arrest for other offenses while out on bail, attending all court-required hearings, and other applicable requirements.  However, the one difference from most other bail bonds will be the inclusion of a restraining order to ensure you stay a safe distance from the victim.  This safe distance includes all forms of communication to include email, text, and telephone calls.
​

In the 1980s, arrest for a domestic dispute as not required.  This was due to the fact that most situations were a "he said, she said" type of situation; and, the police officer did not witness to any crime.  Since most domestic situations occur behind closed doors of people's residences, police couldn't make an arrest without a warrant.

In the mid 1980s, the US Attorney General recommended that police departments change their standard protocol in domestic dispute situations to mandate an arrest be made.  The recommendation was made based on a research study performed in Minnesota.where they found domestic violence disputes are less likely to happen if the parties realize a mandatory arrest would be made if the police are called.  With this change, the requirement for domestic violence bail bonds was created.