​Like all US states, there are DUI laws in the state of Florida.  Driving under the influence (of alcohol or drugs) is illegal.  Getting detained and arrested is a community service as a person under the influence is not only a danger to those around him or her but to themselves.
​ 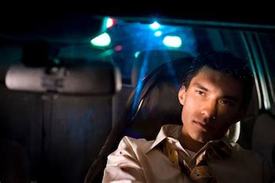 ​Under Florida law, any person operating a motor vehicle (car, boat, ATV, personal watercraft, etc) with a blood-alcohol percentage of 0.08% (or higher) can be arrested for DUI.  It is critical to understand that DUI laws vary from state to state where some states are much stricter than others.  With that said, all states are focused more and more on reducing the number of impaired drivers on their roads.  Many lives could be saved, or spared injury, with the elimination of DUI.

When a person is arrested for DUI in the state of Florida, they have 10 days to request a hearing with the Florida Department of Highway Safety and/or the Motor Vehicle Department to prevent their licensed from being confiscated.  If the person does not request such a hearing, they could be jailed for 6-18 months.

Beyond jail time, DUI offenders are looking at expensive repercussions, in terms of fines and fees.  DUI penalties start at $250 but may exceed $2,000 depending on the exact nature of the incident.  Further, there are legal and court expenses, so driving while impaired is not only an extremely dangerous activity but a very poor financial decision.  In addition to jail time (or a prison sentence for repeat offenders), the individual will likely be sentenced to serve community service as well as attend alcohol/drug education courses.  Further, during the court proceedings, you will likely need bail to get out of jail so you need to  enlist the services of a bail bondsman, which will add to your expenses.

If you are, in fact, arrested for DUI in Tampa, FL, it is paramount that you employ the services of the professional and skilled DUI lawyer.  They can likely save you considerable time and money with their experience and knowledge of DUI laws and court proceedings.  It would also behoove an individual facing DUI charges to do their own research on the internet, in terms of consequences, recourses, and best practices.

Drinking and driving (or being impaired for any reason) is never a good idea, and sometimes it can be a tragic idea.  Many lives have been ruined by the thoughtless and careless act of someone putting themselves ahead of the safety of others.  Many families have lost loved ones due to the irresponsible and negligent acts of DUI drivers.  There are no recourses for the deceased and impacted families from DUI drivers.  With that said, legal representation is a right in our legal system.  The court system in Hillsborough County is no place for someone without proper legal representation.  And in the case of a DUI offense, you need an attorney that specializes in this specific crime.  They will have the knowledge and resources to help you through the justice system, but not without expense and likely legal consequences.   If you do make the horrible mistake of driving while impaired, not compound this mistake by not hiring competent legal counsel.